Within a short time, cloud native has become a driving trend in the software industry. It’s a new way to think about building large, complex systems. Taking full advantage of modern software development practices, technologies, and cloud infrastructure, it changes the way you design, implement, deploy, and operationalize your systems.

For the past 9 months, I’ve been co-authoring a book for Microsoft entitled Architecting Cloud Native .NET Applications for Azure. The book is available online and in a free, downloadable .pdf format. Here is the link for you to get started:

Here are some key takeaways from the book. Additionally, I have a tremendous amount of content on this subject that I will post to this blog to help you build expertise in this strategic area. 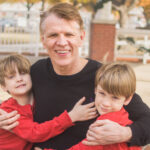 Hi, I’m Rob Vettor, a Principal Customer Engineer for Microsoft. I help architects and developers like yourself implement cloud-native microservice-enabled apps in the Azure  cloud.